Methodism came to Old Newton in 1835 when the local 'dissenters', met for worship in the open air, a cart shed or a local home.  They were Primitive Methodists and mostly illiterate farm workers.  Revd William Harbour from Mendlesham bought a parcel of land at the side of the land that was to become Chapel Road and built a chapel with clay lump. Later it was partly faced with bricks.

It was little bigger than a house but was for them a great advance on their previous meeting places. 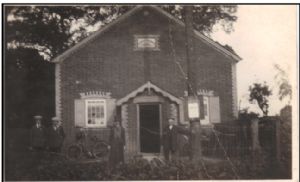 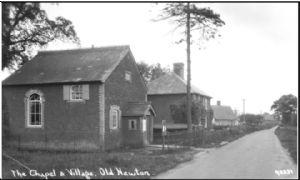 There is still in existence a long poem which gives the history of the early days of worship here and the visiting preachers who led it. 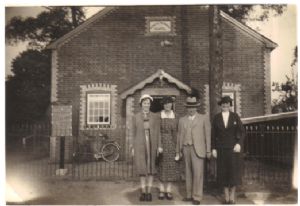 The Kindle Family in front of the Chapel in 1939, its centenary year. 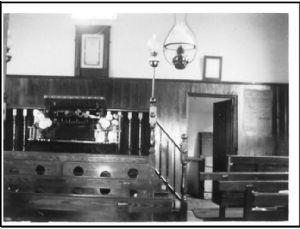 An interior view showing the old centre pulpit, oil lamps and open door leading to the old vestry in the first part of the twentieth century. 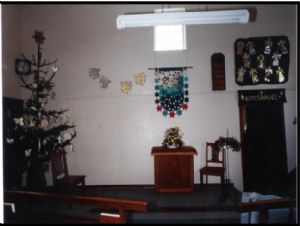 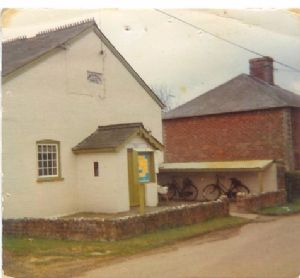 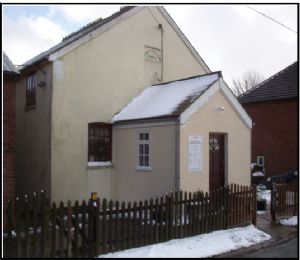 The brickwork was painted in the 1970s to protect it from weathering and a new bigger porch was added in the 1980s. 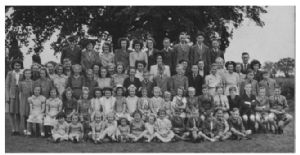 The Sunday school and Bible Class about 1947.

A Sunday School was established here in 1851 which was 8 years before the village school opened in 1859.  As far as we know our Sunday school has been going continuously for 168 year and continues today as 'The Lighthouse Gang'.    The Sunday school was held in the Chapel on Sunday afternoons but, in the 1950s, a hall was opened at the side of the chapel so that youth work could be developed. 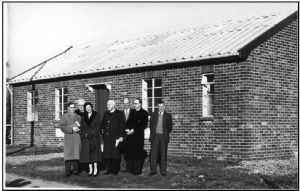 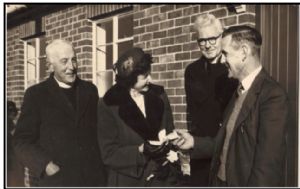 The opening of the Hall or Schoolroom as it was called in 1955. 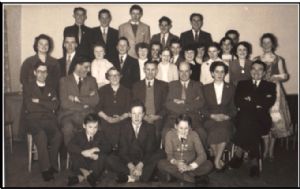 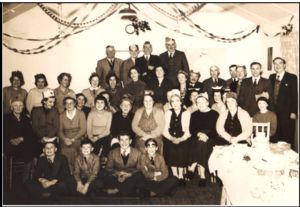 By 1989, when the 150th Anniversary was celebrated, the Chapel was beginning to show its age and it was decided that the whole premises should be updated and extended. 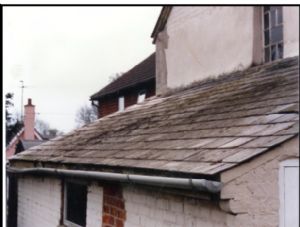 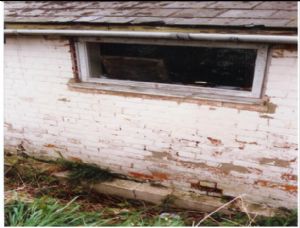 Views of the old vestry which was in a very poor state.

Over the next seven years the money was raised and the work carried out mostly by the members themselves.  The old vestry and outside toilers were demolished and, by 1996, the  the chapel and hall had been extended to provide an enlarged worship area, a bigger hall, and a new vestry, kitchen, utility room and toilets. 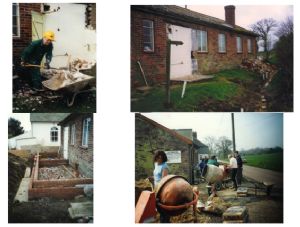 This year we celebrate 180 years of continuing use of these premises in the work of serving our Lord and our community. 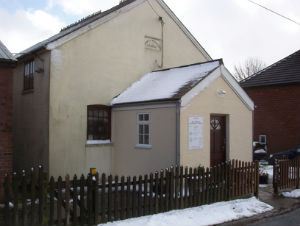